The media paints the picture of gender transition a certain way. Someone, maybe a Jenner or Wachowski, announces to the world that they’re not who they appear to be on the outside. The “man” disappears, and a woman emerges some time (and possibly a few surgeries) later. One more “man trapped in a woman’s body” narrative news outlets get to broadcast for clicks.

More recently, Elliot Page has shined the spotlight on trans men and created more visibility for a new narrative; one of an existing queer person coming out and transitioning. From uncomfortably dressed in a gown on the red carpet to a Met Gala suit, Page entered the gallery of yet another perfect celebrity transition.

Once again, we see a straight line from one gender to the other. While their journeys, pain, and suffering are discussed, and their bravery is celebrated, these people are celebrities; their lives are far different from ordinary folks. Do these people face loss of their community as a trans person?

For me, transition is messy. Complicated. Nonlinear. There are threads tangled up in everything – my community, my family, career, life. Time Magazine doesn’t run an article with your transitioned self on the cover for the average person. You are the one which announces your transness to your community, family, and friends over and over again.

Elliot Page and I have a shared experience. Despite his wealth and fame, he can’t shake the real feelings and challenges he’s gone through as a transgender individual. While he’s had to navigate a different world than me, I’m sure shopping for a gown to wear to an event felt similar to my shopping for a wedding dress.

And yet, there is one collective experience of humanity that Elliot and I do not share: motherhood. At this point, Elliot will (likely) never take the title, regardless of how he or if he chooses to have children in the future. I, on the other hand, managed to pop five of the little darlings out before I turned 25 and before I transitioned.

Something We Have in Common

Motherhood is something that I share with most women, despite not being a member of womanhood at all. It’s something that I haven’t been able to let go of, even while feeling tense and anxious whenever someone refers to me as a “mom.” Weekly shots in the leg don’t magically turn off that bond, it turns out.

Everything would be easier if I didn’t have kids. I could fully transition and wouldn’t have to worry about being outed all the time. There’d be no confusion at schools and sports, and I sure wouldn’t have to navigate that complicated world and constantly outing or explaining myself.

I did try transitioning fully in the past, even with the support of my (now unsupportive) ex-husband. The kids were between eight and one at the time, and we were able to encourage them to call me something else. It stuck – sort of. It made me happy…

Until I felt like I was losing what I was to be a mom.

Motherhood has always been the ultimate goal for me. At 13, I watched the Duggar special, the original TLC one where they had 12 kids and wanted more, which of course, we know ended up being much more – but at the time, I remember telling my mom I could easily have 12 kids. Eventually, I settled on six.

When I met my ex, it was the same thing; I was eager to start a family. Our relationship was complicated, and I’ll spare the details, but I was pregnant at 16, and he was 21. I found someone who I thought would take care of me, and he, well, I don’t know how he felt, but I thought he was giving me the life I wanted.

My life was never happy, but each baby was. Even in the thick of it when my youngest two (twins!) were born, I loved it. And it wasn’t just the kids themselves; it was everything: the baby groups, my friendships, the communities.

As the twins got a bit older, I was almost fully transitioned, had a new name, and few people in my community knew I was trans at the time. As a man, I’d take them to parent-and-me groups and classes, library storytime, and play places with friends who assumed the kids were adopted. I hated that, but didn’t correct them to keep myself from being outed.

Transitioning Doesn’t Erase the Past

This wasn’t the life I dreamed of. Despite wanting to be a boy ever since I could remember, I managed to push that aside, replacing it with a desire for domestic life. Alongside a divorce that left me with half custody (the norm now, it seems), I felt like the life I’d dreamed of was slipping away.

So I went back to being a woman. Being a mom made me happy, and I embraced my life with more eagerness and sincerity than ever. I joined communities and, despite a pandemic and lockdowns, made friends with other moms – at least virtually. That’s when I discovered this very community – Women’s Personal Finance, and joined it too.

We can’t run away from who we are. Eventually, I cracked and have been working on re-transitioning… Kind of. Maybe non-binary? My nine-year-old puts it more eloquently than I ever could, “how can you be a boy but also be a mom?”

One thing I do know, though, is that humans evolved for cooperation. We can’t run around life like chickens without heads, hoping things will work out. There’s value in having people to turn to for advice, venting, and friendship. These people must share your experiences so you can relate to each other.

Losing my Communities as a Trans Person

When I transitioned the first time, I lost all of this. I separated myself from womanhood and motherhood, thus losing all the communities I had relied on for support. I did try and join some male-focused ones, but between you and me, they’re a little uncomfortable.

OK, fine, they’re a lot uncomfortable. Have you ever been around a bunch of cis men all together when they think women aren’t looking? Queer communities are better, but they’re mostly just general support for LGBTQ2S+ issues. The ones I did find about other subjects still didn’t feel right.

So here I stay in my women’s only communities. Some are more accepting than others, but I am the minority here, not the focus. In order to stay, I have to sacrifice some of my dignity and tolerate a lot of accidental misgendering.

And herein lies the problem. I resent the misgendering, but I feel more a part of these groups than any male counterpart. I don’t know anything about how a man feels about pregnancy, but I can share all the tips I used to get my kids to breastfeed like champs. The same goes for personal topics like sex or health.

This is echoed everywhere. I’ve experienced sexism firsthand. I was as qualified and skilled as other web designers for the small company I used to work for but made $5 less per hour. When a new employee with no experience got hired at my wage, I demanded an increase but still was offered less than the guys. How’s that fair?

Like most women out there, I rely on men to support my lifestyle. I have a partner that helps pay for things, including my children. My income is tiny, mostly because I was the one who took the backseat to my (ex) husband’s career in order to raise our children. The child support he begrudgingly pays doesn’t even pale in comparison to the opportunity cost I’ve lost first dropping out of high school pregnant and then throughout our relationship to raise those kids.

Transitioning Threatens Where I Can Seek Support

At some point, group admins will see “male” in my Facebook information and deny my entry. Sometimes I worry about the day when I get kicked out of a local mommy group, one we use to share community information and support each other.

Moms still take on the brunt of responsibility in families. In our family, this role belongs to me – which means I’m the one who needs to collect that information. Whether it’s asking for the best place to buy used hockey equipment or discussing COVID protocols in our local schools, I rely on mom groups to live in my community easier. There is no equivalent out there locally.

This extends past parenting, though. As someone who lived the experiences of a woman and now lives outside the gender spectrum in a minority gender group, the only people I can’t relate to are straight men. Whether it’s personal finance or mental health, I feel most comfortable in spaces where I don’t have to explain the nuances of everything because we just all get it.

Of course, most people assume I’m female in these groups. Yesterday, someone in solidarity messaged me a note she ended with, “I feel your pain momma!”. Messages like this alongside posts that start with “hey moms” and “ladies” make my skin crawl, but they’re just part of my reality now.

There’s nowhere else for me to go. Transitioning has threatened my communities, but without them, I couldn’t do this in the first place. Despite not discussing these issues directly, they still serve as an essential piece of the support puzzle – because I am still, deep down, a mother trying to juggle it all.

So to women, please continue accepting queer, trans, and nonbinary folks with shared experiences into your spaces – and thank you for letting me be a part of this one.

At WPF we recognize that terms around gender can be difficult to pin down at times. For us, you’ll find that we use the term women most frequently. Though we recognize that this term can feel exclusive at times, please know, if you identify in some way with a “women’s space” as someone who is not a cis-male, our community is for you too. For the sake of clarity and brevity, it’s the term that works best for us when describing our community. If you’d like to be a part of our community and haven’t passed our usual screening questions, do reach out to us! 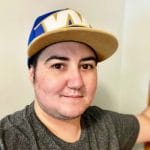 Everett is a professional web dev and SEO expert with a serious passion for writing. When not juggling their marketing business or raising five kids, you'll likely find them playing video games, blogging at thebestnest.co, or exploring the world.

2 thoughts on “Finding and Losing Community as a Trans Person”