Two out of forty-two.

One out of twenty-five.

Three out of forty.

These numbers are from a game I sometimes play at work. It’s a very simple game.

Sometimes the settings are better than what I’ve listed above, but often they are worse; those stats are, in order, the number of female managers, me on my work provided transportation home, and women in the leadership handover meeting to the incoming team. They’re all from my last set of shifts at work.

Life as a Woman in a Male-Dominated Industry

Ever since I got my first “adult job,” as I like to call it, I’ve worked in a heavily male-dominated industry. It is extremely common for me to be the only female in meetings or my department. In the decade I have been working, my field has undergone many changes for the better.

I have to count myself amongst the lucky. For the most part, my gender hasn’t been an issue, though I do have some stories, and all of my female friends also have stories. I thank them for sharing with me, and I hope they do not mind me sharing them here.

If you are considering entering a male-dominated field but aren’t sure what that means and how it affects the work environment, let me share some stories. For me, it’s a fantastic fit.

Nearly thirty years ago, someone I know was the first female hired at a location. The company had to build a new change room to accommodate her. Change continues to happen, as the same company built a dedicated change room for a trans coworker approximately five years ago. Eventually, she was able to join the rest of the women and not be excluded. Sometimes being female means putting up with crappy facilities or being solo because you are the only person.

Two years ago, my friend was pregnant, and her company had to create a maternity leave policy for her. As of 2019, a household-name company had never had someone on maternity leave in their industrial division. Thankfully the policy they created was on-par for our industry, and we are both Canadian, so the government maternity-leave baseline is solid. Sometimes being the lone female means being the impetus for policy creation, working in a situation where HR doesn’t have an answer for you or hoping that your company does the right thing by you when it arises.

Ten years ago, one of the lunchrooms (not one in my work area) was plastered with approximately one hundred sunshine girls. For the unfamiliar, they are full-colour pinups in the newspaper. Even further back than that, there were nudes on the wall in the janitors’ closet, which was right next to the office building entrance. Thankfully everything has been taken down now and policies enacted to create a safe and welcoming workspace for all. Sometimes being female means putting up with images objectifying women in your workplace.

My teammate was once told, to her face, by someone’s wife (you) “stole my husband’s job” by a wife. That wife who didn’t even work in or know anything about our industry. I need to point out that my teammate was eminently more qualified than the male in question, for that particular role, with a specialized degree from a top university, plus years of relevant work experience. Sometimes being female means having your qualifications questioned, even when they far exceed the other candidates.

A friend of mine told me that a woman “stole an apprentice’s job because they want to hire women.” He and many of his coworkers believed they picked a woman, not a qualified person for the job who happened to be a woman. That did not make her more welcome in the department, even amongst peers. Sometimes being female means not being welcome or having your skills questioned by your coworkers. In extreme cases, it can mean guys actively trying to sabotage your work in an attempt to prove you’re unqualified to be there.

Continuing on this theme, my two most recent employers have diversity hiring targets. Sometimes being female means constantly wondering if there was pressure to hire you as a diversity hire, not because you earned your seat at the table, or if you will be taken seriously once you are at the table.

One friend accepted a job at my last company because there was one female in the department when she was interviewing, so she figured it would probably be an ok place to work. Sometimes being female means wondering if a workplace doesn’t have any women because it is inhospitable, because they haven’t tried to add diversity to their ranks, or purely due to circumstance and not design.

I have told managers point-blank that their not taking paternity leave is a disservice to the entire company. There are two types of leave available in BC, and a portion does not at all impinge on the birthing spouse’s available leave. When male managers feel pressure not to take leave, talk about it, and then don’t, what sort of standard does that set for women? Sometimes being female means worrying that you are going to park your career in order to have children. It’s a well-studied phenomenon that kids are positively correlated with men’s career trajectories and negatively correlated with women’s.

If you are a member of any number of minorities, you have probably found yourself in a position where you are the token voice, and what you say or do is taken to represent everyone like you. For example, I was told, “I once knew a dozer operator and she just didn’t have what it takes.” A guy had experienced one female dozer operator in his entire career and took her to represent all women. He never made mention of any guys who “didn’t have what it takes,” though I can guarantee he encountered many. Sometimes being female means having all of your actions be interpreted as representative for all women in your field.

Anonymity is often a joke. Recently, we did an Occupational Health survey. I kept half-jokingly telling my friends that I couldn’t wait to select “female”; as the only one in my department, no one would know which responses were mine! A friend and mentor suggested I just pick male. Later, for another survey, the lack of anonymity was brought up in a leadership meeting by another woman. Sometimes being female means choosing to lie on forms or knowing your feedback can be traced back to you, unlike everyone else’s.

Manpower report. Foreman. Man hours. Manning levels. Journeyman. These are all words that you’ll see every day. I was able to get some of them changed at my last employer.  Sometimes being female means there are constant subtle reminders that you haven’t been welcome in this space.

Perhaps you have seen the pyramid illustration of “diversity” where the wide, bottom level has people of all shapes and colours, but every layer above is white men? When you work in a male-dominated industry, it is common to look up and see no one who looks like you, in part because the pipeline hasn’t existed (or no effort was put in to develop it). Sometimes being female means getting extremely frustrated when positions with bigger talent pipelines go to males, like Human Resources and Finance leadership roles.

Each Experience is Different

The above are just some of the experiences that my friends and I have had working as females in a heavily male-dominated industry. I haven’t been physically intimidated (friends have). I haven’t had to juggle childcare expectations (I don’t have kids). I haven’t had to spend an absurd amount on clothes relative to men (I don’t work in law or finance).  I rarely am expected to take notes because of my gender (only because of my role in the meeting) nor a host of other common things that women face when operating in traditional non-women friendly spaces.

I don’t begrudge the men I work with, but a pattern in society emerges.

The gendering of job opportunities starts young, in the ways we’re used to, like seeing nurses and firefighters, but also in so many more ways that put people on a path to be deemed “unqualified” compared to others by the time you reach your early twenties.

Some days I like it, because I am the only female. But, often, it makes me sad because so many women are missing out on sweet paycheques and career opportunities. My field is highly paid, and it’s no coincidence that it’s been traditionally male.

I love that I never wear makeup and that I wear sweaters and jeans and Carhartt’s to work. When I started my latest job, I was worried that my skate shoes would be a bit too casual… until my boss was wearing some too. I swear like a sailor and couldn’t do that in another industry. For me, my career is a great fit, but it is definitely not for everyone. How has your work environment subtly or not-so-subtly been gendered? 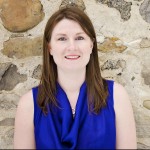 Anne loves finding the perfect gift idea that’s on budget. She has been writing about gift giving and personal finance online since 2012, as owner of UniqueGifter.com. Her favourite beverage is champagne and she loves figure skating, even if it’s harder now that she’s not 20!

4 thoughts on “Forging a Career in a Male-Dominated Industry”