I often wonder how I got here:  how I got to be 67, with so little to show for a lifetime of hard work. While I’m in much better financial health than I was even 3 years ago, it is far from any notion of FIRE, and thanks to my financial mistakes, I still fear for my future.  Mama lived to 95, and so did both her sisters and several relations on my father’s side.  That means I have to be ready to support myself without work for close to 30 more years!

I think of how I was raised as one possible component:  a child of the sixties, born to two older Depression Era parents (they were in their late teens when the stock market crashed in 1929).  How back in the day, women were not taught one single thing about finances other than how to write a check.  My parents assumed I’d be “taken care of”.   They didn’t really know or understand how to teach me about relationships and theirs was not especially healthy even though they stayed together until my father passed.

They didn’t bank on me having a career, let alone teach me about life insurance, investments, retirement funds or even how to save or why I should.  Things were tight and they made it but by the time I, 5th of 5, went to college the money had dried up or was desperately needed for my father’s failing health.

Marrying for Care and Children

I first married very young in the 70’s.  I was wanting the love I didn’t get enough of at home, and I knew I wanted to have children.  I was still in college (mistake #1) and gave up my social security benefit (from my father’s death when I was 19) so I could emancipate and get better financial aid.  This strategy worked up to a point, although I still had to work far too much while also attending nursing school full time at a private university.  I know this would not really be possible today…but it was still hard.  Not surprisingly this marriage did not last.  With no assets this divorce only cost what it took to draw up and file paperwork.  We weren’t married long and had no children.

About five years later newly graduated and ready to really hit the ground running, I enrolled in graduate school, learning just 3 weeks later that I was pregnant.  To be clear, although I wanted children, this was not planned, and I was using birth control, but it failed.  At 26, with a job and a desire to still have children, I decided to keep the pregnancy.  I had the luxury of that choice back then.

Grad school took longer but I did finish. This was a financial achievement to have a degree that would protect me.  I had no idea how much at the time. After my daughter was born, I married her father (mistake #2 and financial hit #3).  He was also a nurse but did not have an advanced degree.  Our combined salary was 60% me and 40% him.  It was ok at first.  We had two more children.  I should have been more wary of his spending habits, but I overlooked them.  By the time we were divorced 17 years later, we had refinanced our home twice, and were over $10,000 in debt; had bought a time share.  Our combined income was six figures in the mid 90’s. We did have life insurance and a will.

My midlife crisis converged right about then. I left my job, my profession, my children, my husband and my home. When I left him, it was because I realized that we were never going to see eye to eye on very much (we still don’t) and because I seriously feared I’d lose my sanity if I stayed.  We had multiple marital therapists along the way.

Another person who happened to be female and much younger than I, caught my eye and needed some rescuing, so instead of rescuing myself, I moved to another state with her, leaving my children who were not fully grown, and supporting her and myself.  I had left nursing at this point, so this was a big challenge. I came out as the queer woman I’ve always been but could never admit to myself.  It was a big relief to be rid of the marriage. Until the divorce settlement which was definitely not a 60/40 split.  I missed my children terribly but could only afford to drive to visit them once a month.  As teens they were angry, aloof and sometimes not even home when I got there. I usually cried all the way home on the 6 hour drive. (Life mistake that keeps on giving to this day).

She and I had 3 children using donor insemination.  I adopted all 3 children, one during our final split up at the nine year mark.  After our first child was born, we bought a nicer house, there went my IRA for the down payment. When our middle child was born, I got an excellent job in state government that I still have (yay, Master’s degree –without which it wouldn’t have been possible). I was committed to these children, and I still support them.

My mom passed in 2007 and there was a small inheritance, which is gone now since it paid for a house remodel. We agreed on a large support amount, so my ex could afford to keep the house and homeschool the kids, which was something we both wanted. I SIGNED OVER THE HOUSE TO HER.

I did not want my children to be homeless and I didn’t trust her to be able to prevent that. Unfortunately, she never chose to work, and they are now teens and I’m still paying as if she is “unable to work”, and it became legally documented when she found a wealthy girlfriend and took me to court 7 years ago.  And these teens will not have any contact with me now, but I pray they come back as adults.  In my state, I’m obligated to support them to age 21 unless they are not attending full time school.

Me, I continued to spend and not save!  I didn’t take retirement seriously with everything else going on and living in a fair amount of chaos. I reeled after this split up as I had given up so much to be with her. I also didn’t know what I didn’t know.  When I was in my late 50’s, I realized I HAD to start saving for retirement. I realized a bit after that that I HAD to get out of debt.  I started schooling myself in finance because I had no clue what to do or how to do it.

I had been in a women’s spiritual group and my mentor introduced me to Luna Jaffe, who was writing her book Wild Money at the time and offered a class to test some of her content.  I used my credit card (!) to take her class and journaled and learned as I went.  Then I got YNAB (sign up here for a free 34 day trial!) but fiddled around another five or so years.  I had mostly gotten out of debt but fell right back in that pool and that’s when I KNEW I had to get serious.  I’m a late bloomer in more ways than one.

I’ve raised my credit score in the last 10 years from the high 500s to over 800 today.  This took a lot of discipline, frugality (thanks Mom and Dad for that) and determination.  I’m on track to retire in 2 years without debt other than my mortgage.  I have some savings, although not enough for the retirement I dreamed of.

I would have been able to retire far earlier, probably even FIREd, but it was not my path.  I am proud of what I’ve accomplished, and I look forward to a peaceful workfree life very soon.  I’m grateful for my health, an amazing group of accepting friends, a forgiving family, and the 3 awesome pets I get to live with.

Looking back, I would have schooled myself about money AND relationships before doing anything serious with either one.  8 financial hits per relationship, hmmm.  Don’t be a dummy; and if your picker is broken, make sure you work to fix it.

It’s never too late. You can right your financial life, starting now. 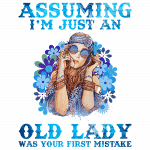 Dolores is a well-mannered government employee living in a West Coast state with two tortie cats and a Blue Heeler, who writes for work but has not ever ventured into blog writing before now. It's her goal to help women in any way she can, and she hopes someone can get some useful inspiration from her post.