I’ll be the first person to tell you, my financial life is a hot mess right now. My recent divorce ruined my finances but it saved my life. Now I’m a grad student studying civil engineering, which will eventually turn into a lucrative career, but at the moment I’m up into my eyeballs in school related expenses: classes, school fees, books, a new laptop.

I’m in almost ~$18,000 of debt from my undergrad degree that I loved. I can’t afford an apartment, even with a roommate, so I live at my mother’s house and pay her way less than average rent, which I still stretch to afford some months. And my hours at work were just cut.

The only reason I’m not in credit card debt right now is because some lovely friends gifted me money, and I used it to pay them off. Otherwise, on top of my loans, I’d have about ~$800 in credit card debt from my divorce and car bills I couldn’t pay. My financial life is not looking up right now.

But it wasn’t always this way.

In 2018, I claimed the titles of a starry eyed newlywed and recent graduate. So recent, in fact, that I walked down one aisle to get my diploma and then straight down another aisle to get a husband. All in all, an eventful day, and one I cherish, even though the marriage was short lived.

My husband and I started out living in an actual barn 12 miles away from the nearest gas station in Northern California, because that’s what we could afford. The quaint little place came with a pair of goats named Boxer and Billy, but no heater or wifi. We spent our evenings shivering in a puddle of blankets and binging the Marvel Universe on the box tv that came with the joint.

At the time, I had student loans, and he didn’t.

I worked as a contractor for a company teaching kids with intellectual disabilities how to study. And I loved it. But it didn’t pay ($14/hr after contract taxes) and the work was sporadic. Most months I made less than $1,000.

In October, I changed companies and went full-time as an editorial assistant at a national magazine and tutored in the afternoons. I netted $16/hr and $45/hr respectively.

He worked in a group home that paid $13/hr when he started, he earned consecutive raises, so by the time he left the company he was earning $15/hr.

Our two incomes together netted us enough to live on, roughly ~$54,000 that first full year of marriage.

After I changed jobs, we moved to an apartment in town and transitioned to a one car family. We both invested 15% of our incomes into our 401(k)s and tackled my student loan debt. For several months, we paid more than $1000/month extra towards them. We still didn’t have wifi.

We were every personal finance success story.

And I was miserable.

It wasn’t his fault entirely. He’s a decent guy. But I’m queer, and marrying him was running away from my sexuality by trying to fit the gender norms I was raised with. If I could just hide my lesbianism and live a happy, straight coded life by denying myself of myself, I’d be okay. Like marrying him would magically make me straight.

Reader, marrying a man does not make you straight. That is not how sexuality works. And believe me, I tried just about everything to make that true.

Instead of feeling secure in my marriage, I was a cat in a very small, socially constructed box. I’d scratch and scratch, only to find another box on top of that one. The harder he tried to love me, the harder I fought to escape society’s expectations of what a wife was.

The heteronormitivity and social expectations of women is a hard burden to bear in a normal marriage when you’re progressives from a conservative area, but that weight is exponentially worse when you’re gay and married to a man, even a progressive man who loves you.

And our marriage, understandably, cracked under the pressure.

I wanted to hop off, but finding the level of bravery it takes to choose yourself over safety is hard.

The facade of a young, heteronormative married couple with successful careers and a flourishing social life kept both of us committed to each other and this idea of a perfect life that was so sought after. We were doing okay financially, and growing up financially insecure, that security was alluring – even if the relationship hurt both of us. Money truly is golden handcuffs.

We also had the support of the community we grew up in, and a divorce would ruin that community support. I stayed because the cost of leaving was too high.

It was a badge of honor to say I had my life together. I made good money at a dream job, kept a decent apartment, had two cats and a dog. So many people were so proud of me.

No one knew that I was lying.

Surprising no one, 2020 knocked sense into me. But then again, it’s hard not to self reflect during a global shutdown that leaves you stuck inside.

We moved from Texas to California to be closer to my family. My mom offered her master bedroom as a launching pad as we started looking for a place, but funny how a pandemic changes plans. By March, we still hadn’t found anything, and life was getting hairy. No one was showing apartments and there was a distinct lack of toilet paper. My family is high risk, and he continued working in healthcare, so he moved out in May to keep our family safe.

Absence makes the heart grow fonder, or it should, but for me, it just showed me the life I could live if I embraced my authentic self. I asked him for a divorce.

Asking for divorce ruined my finances.

In one harsh, cold decision, our whole world flipped upside down. I left with less than half our assets and all my debt, including some credit card debt from the move and the divorce. While I could have fought to have him help me pay it, we couldn’t afford lawyers, and I wanted freedom more than I wanted equality.

And I wouldn’t change a single thing about that decision. I could have fought for half of his 401(k) since we built it together, but that $5,000 is not a life changing amount of money. Instead, I kept my smaller 401(k) and some of our brokerage investments. It wasn’t a fair exchange, but then again, divorce isn’t rigged to be fair.

He got the money, the social network, and the better job. He still lives 10 minutes away, still attends the church we went to together, and is in good standing with our old friends.

Now my family of three – myself, two cats, and a dog – live with my mom and my five siblings.. We made it out okay. I lost most of my friends, work at a coffee shop, and spend more time worrying about money than I should.

But I got freedom and the pets.

I’m slowly learning who I am and who I could be by bracing my authentic self. I don’t try to pretend I’m not queer anymore. Because I am. Very queer, that is.

I’m taking life slowly and making new, more supportive friends. The road to recovery has been hard, but I’m so thankful I got a divorce, ruined my finances, and now live my best life 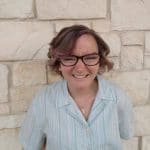 Moriah Chace is the editor at Poorer than You. She has words in Live Better, Deal Taker, and EcoFrugals. As part time barista and a full time coffee addict, she currently attends UTA for a master's in Civil Engineering and wants to change the world one high speed train at a time.

9 thoughts on “Divorce Ruined My Finances But Saved My Life”