AKA: Falling Out of Love With FIRE

In the past eight years I’ve paid off over $60,000 in unsecured debt. To say that the process has been painful would be an understatement. My finances were overwhelmed by familial financial obligations, bad financial decisions, and financial ignorance. I’d never had conversations with my family about managing my money, saving, or investing. Instead, I was taught to work hard, be ethical, and never say “no” to any money that comes my way. Side-hustles were a regular part of my daily life. You may be wondering what FIRE has to do with anything that I’ve shared so far.

Dave Ramsey Used to Be My Main Man

Did I fail to mention that at the time, I was a huge fan of Dave Ramsey? I loved listening to the debt freedom screams, and I actually know a couple of people who’ve done one. Dave Ramsey appealed to me because I was desperate. I was desperate for freedom, for change, and for some semblance of financial control at a time when everything related to my money felt so out of control.

He was my drill sergeant, encouragement, and no-nonsense uncle who happened to be a white guy from Nashville. But I soon found myself questioning why in the hell is Dave so angry and why does he talk down to the people that he’s supposed to be serving? Even though credit cards are a financial tool that are my financial crack, I wasn’t anti-credit cards. I just was pro understanding that not every financial tool worked for everyone.

I didn’t like how he allowed for no nuance in the financial conversations that he was engaged in and felt that his $1,000 emergency fund guidance was insane.

FIRE Sometimes Feels Yucky; Four Truths That May Impact Your Ability to FIRE

Let’s be clear; I believe that FIRE is attainable. I have a number of friends who have FIRED. But, I’m tired of tone-deaf conversations in the FIRE space that ignore that personal finance is personal. The financial independence community’s embrace of the financial unicorn trope is also problematic and may turn off people who could Slow FIRE and better their lives now. With that in mind, I would like to share what I consider the four truths that may impact a person’s ability to FIRE.

Your Financial Foundation has to be Solid

Your Income has to be Decent

Having a solid income that is high enough to invest at an impactful rate while managing your monthly financial needs is vital. While I made decent money before I quit my last professional job, the money I was earning was to pay off my debt vs. investing at a significant rate.

Your Financial Knowledge Impacts Everything

There was so much about finances that I just didn’t know. And it’s hard to research what you should know if you have no idea where to begin. This lack of knowledge is a huge part of why I started connecting with people in the personal finance space. I’d never had conversations about tax rates, index funds, and 4% withdrawal rates until I found myself in the personal finance space.

Since you’re reading this on Women’s Personal Finance, we’d like to point out the fantastic communities offered for women and non-binary folks.  WPF Insiders is a small, tight-knit group that only opens occasionally, and the WPF Facebook group is always open for free.  Check them out! They are a great place to learn more, find like-minded people, and a safe place to ask questions at any stage of your journey

Your Time on Earth is Limited

I’d already struggled for years, and I hit a point in my life where I really became aware of how quickly life passes by. FIRE appeals to that urgency to live life on your terms now. But, the amount of time that it would take to clean up my finances, build a solid financial foundation and aggressively invest in the traditional FIRE practice literally worked against me. I wasn’t 27 when I learned about FIRE, so the idea of eating bad ramen for the next ten years and saying “no” to myself was completely unappealing and wasn’t going to happen.

Why SLOW FIRE is Better for Everyone

As I found myself rapidly becoming disillusioned with regular FIRE, I found myself falling in love with Slow FIRE. It was a much more attainable and realistic goal for where I was financially at the current time.

Slow FIRE, as I would define it, is the following:

Designing a lifestyle that serves you NOW while intentionally working to better your finances for the long-term with FIRE as your long-term financial goal.

You Can Design Your Best Life Now

Slow FIRE encourages practitioners to reflect on what they would like their FIRE life to look like. Before I quit my job in 2014, I spent a significant amount of time imagining how I wanted to live and what I didn’t want. I’ve noticed a number of FIRE folks who have no idea what they wish their FIRE life to look like even though they’ve hit their financial goal. I don’t have this problem. My FIRE life looked like the following:

As an African-American woman, I’ve seen the numbers related to the financial health of Black and Brown communities. Based on that data alone, FIRE quickly feels elitist even though technically, the numbers work for everyone. What FIRE content still struggles to acknowledge is the financial headwinds that many folks are dealing with that may impact their ability to make impactful financial moves. An example of this is selling a home and cashing out the equity you may have earned from that purchase. I’ve lost count of news reports on the number of Black people who’ve enlisted white friends as stand-ins during home appraisals to avoid having their property undervalued by hundreds of thousands of dollars. That lost income could make or break someone’s FIRE goals. And what’s frustrating about this scenario is that you may not KNOW if racial bias has impacted your sale until years later.

Create a Financial Life That Leads With Your Values

I love expensive avocado toast and pricey coffee drinks. Travel is non-negotiable for me during “normal times” and I prioritize shopping for organic food. Slow FIRE allows me to live a life that leads with what I value. I don’t have to say “yes” to everything I want. But, it allows me to say “yes” within reason.

Slow and Steady Wins the Race

As your financial foundation becomes more stable, you can accelerate your FIRE plans. One of the fascinating things that I’ve discovered is the following: the healthier my finances are, the more I’m able to implement my FIRE plan.

This reality also considers that I believe that most people may need a lot more money than they think during their post-retirement years. I would like to get married and have one, maybe two, kids. This is something that I think about as I work on my financial strategy. I’m also looking at spending a significant amount of time abroad. Earning income is a part of that strategy and goal. Added to those goals are non-negotiable familial financial obligations, and those aren’t cheap.

Slow FIRE also eliminates the guilt and financial shame many FIRE folks feel when making decisions that are contrary to what a lot of other FIRE folks were doing. If I wanted to eat avocado toast, I enjoyed every slice. If I felt like buying organic food weekly, I felt no shame. Slow FIRE allowed me to do what was best for me.

Slow FIRE acknowledges that accumulating the initial liquid $1 million+ dollars in retirement funds may take a lot longer than I would like to accumulate in my account. This was a genuine consideration given that I stumbled into the FIRE community well past the age of 27.

I’ll never forget when the lockdown orders were announced across the world; in fact, they happened on my mother’s birthday. For the next three months, I would sit in my home and work on my business which had grown because I was in the personal finance space. The previous eight years of slowly but surely working on my finances had paid off during the one year where it freaking mattered. The irony wasn’t lost on me.

I had passive income coming in from various online products that also included romance books that I wrote for fun. Every vacation that I’d enjoyed during debt repayment (paid with cash), every avocado toast eaten, and days working on a patio enjoying an expensive latte were worth it.

The memories of those trips sustained me during this awful time while a “real” fire raged around me. We were literally living through a once in 100-year pandemic.

Those Black Swan events are insane. Am I right?

Quitting my job at the end of 2014 allowed me to do the following:

Ultimately, I found Slow FIRE to be the more welcoming process to hitting financial independence. And when I found myself having conversations about Slow FIRE, I found that it was an aspiration that people could imagine attaining much more easily than FIRE. It’s my hope that Slow FIRE becomes the more normalized conversation in FIRE spaces.

How I Slow FIRED

Here are some of the actions that I took to begin my Slow FIRE journey.

In my case, I decided to embrace entrepreneurship. But, with so many organizations embracing hybrid work options or completely off-site work across many industries, now may be a great time to rethink how you work.

I no longer have a car and have used a car share program for the past three years. I love this program because I don’t have to pay for ongoing car-related expenses. Instead, I pay as I use the car and a small $13 a month subscription. I should mention that my carshare is a non-profit, but a for-profit would work as well. I know of a financial blogger in a neighboring town with a family who uses the same program to supplement their car usage. Basically, instead of purchasing a second car, they use the car share. I’ve paid around $2500 for transportation in the past three years.

Continued to Live in My Awkward Property

This may not be for everyone, and I will eventually rent my place out. But, I purchased a garden level unit in a triplex in one of the best neighborhoods in Denver. I pay a whopping $540 a month in mortgage expenses. Again, my place isn’t for everyone, but I love that I can walk to 5 different grocery stores, live by a huge park, and have great neighbors. Also, the appreciation has been insane.

I love to travel, but I don’t need to do rich girl travel. I often go to the mountains to work on my business because I work online. I stay at high-end hostels, which cuts down on the cost of accommodation. In fact, at the end of May 2021, I spent a week in Telluride, Colorado.

My debt was so freaking complicated. What I realized from this debt repayment journey is that the more complicated your financial picture is, the more difficult it will be to focus on FIRE. Why is that? Because FIRE is an entirely different financial skill set.

I always ask myself, how can I do the SAME thing for less without impacting the quality of the experience or my quality of life?

In leading with my life first, I’ve enjoyed my FIRE lifestyle for the past six years. I’m still working in a professional capacity, at the tail end of paying off my unsecured debt, and about to accelerate my FIRE journey. If asked would I do anything differently, my answer is always the same: I wouldn’t change a thing. 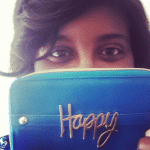 11 thoughts on “Five Reasons You Should Lead with Slow FIRE”